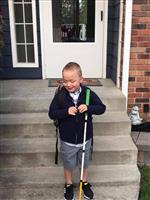 Last year, everything was hard for Russell Winkler. Spelling, proofreading, reading comprehension—every facet of the Braille Challenge proved too much of a challenge. He was a first grader competing against third graders. He needed more practice.

This year was a different story. Only the proofreading proved tricky. And, Russell said, competing in the challenge was totally worth it.

“Because of winning!” he said.

Russell is a finalist in the 2019 Braille Challenge, having scored in the top 10 in the nation.

“When I heard I was a finalist, I was acting too crazy,” said Russell, a second grader at Garfield Elementary School. “I was bouncing off the walls!”

Lonna Gately, SPS teacher for the visually impaired, heard about the challenge and thought it would be a good motivator to help Russell continue working hard on his braille reading.

The Braille Challenge draws about 1,400 participants from throughout the US and Canada. The top 10 finishers from each of five age groups move on to the finals, which will happen on June 21 and 22 at the University of Southern California.

Russell admits he’s a bit nervous about the trip. It has nothing to do with flying or the possibility of an even tougher proofreading task though.

“When I win, I’ll have to walk up on the stage alone,” he said, confident that this is the only outcome of the trip.

Gately smiled. “He’s worked really hard to earn this trip,” she said. “I’m so proud of him.”

“You think I deserve it, Lonna?” Russell asked.

“You absolutely deserve it.” 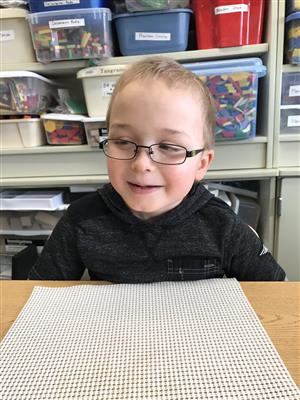 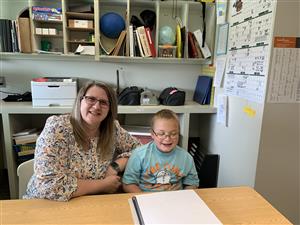